The challenges of living with an unusual appearance: What do we know, why don’t we know more and where do we go from here?

Our second Face Equality Week blog is written by Nichola Rumsey. Nichola is Emerita Professor of Appearance Psychology, University of the West of England, where she founded the Centre for Appearance Research in 1992 and was its Co-Director until 2018. Nichola was a member of the RCS Expert Groups on Face Transplantation from 2003-2004 and 2006-7. She was appointed OBE in 2016 for services to people with disfigurement. Nichola now works as a Consultant Research Psychologist and is developing training and clinical aids designed to improve standards of patient care in the cosmetic and reconstructive plastic surgery sectors.

The challenges of living with an unusual appearance: What do we know, why don’t we know more and where do we go from here?

The About Face project has given me the opportunity to reflect on the debates about face transplant that ranged from 2002-2006 in the UK and in doing so to reflect on what we currently know (and don’t know) about the challenges of life with an appearance that is different from the norm.

We live in a society that attaches considerable importance to an attractive physical appearance.  Social media and the internet, together with marketing and advertising funded by the ever-expanding cosmetics industry, have conspired to produce and then fuel unprecedented levels of dissatisfaction, worry and anxiety about “looks” in most segments of the population (for more, see Nuffield Council on Bioethics Report, 2017). In our daily lives, we are bombarded by images of people exemplifying current appearance ideals, often accompanied by explicit or implicit messages that suggest that we should be striving to match up to these ideals ourselves. To a greater or lesser degree, we take on board these messages and the resulting belief that changes to our appearance will enhance our relationships and social lives, maybe even our achievements at work.  For many people, the value placed on outward appearance is becoming disproportionately large compared with other aspects of self-esteem and sense of self-worth.

In this social context, living with an appearance that is noticeably different to current ideals is widely acknowledged to be challenging.  Visible differences result from a diverse range of causes.  They can be permanent, temporary, progressive or fluctuating and yet, despite this diversity, the psychological and social issues that people experience are similar.  The emotional impacts can be extensive, encompassing anxiety – particularly in social situations, shame and embarrassment, negative body image, self-consciousness and a lack of self-confidence.  These impacts can also influence behaviour.  For example, the experience of negative emotions, coupled perhaps with unwanted attention or questioning from others, can lead to the avoidance of potentially anxiety provoking social situations – such as meeting new people, forming new friendships or embarking on an intimate relationship.

Despite similarities in the experiences of many people living with a visible difference, there are also striking variations in their levels of adjustment and wellbeing. Some people experience these challenges as no more than a minor inconvenience, whereas for others, there are devastating effects on psychological wellbeing and daily life. Interestingly (and often in contrast to the beliefs of healthcare professionals and the lay public), the extent, severity and cause of a visible difference are not good predictors of adjustment. A very noticeable disfigurement is not necessarily an insurmountable impediment to a good quality of life. Neither are gender, age, or socioeconomic background good predictors of adjustment. Instead, research has demonstrated that psychosocial factors and processes play major roles in a person’s level of resilience or distress. The key role played in adjustment by a person’s outlook on life (this varies from optimism – the tendency to look on the bright side and make the most of things, to pessimism – a focus on the down sides) is now well established.  In addition, the extent to which a person’s feelings about his or her appearance contribute to the person’s sense of self-worth is important.

Think of someone’s self-esteem as a pie chart.  If the person has internalised the messages from advertisers, social media and their peers about the importance of appearance in many aspects of life, then their pie chart is more likely to be dominated by their feelings about their looks. They worry about what they “should” look like and fear that they will judged negatively by others because they are failing to match up to current standards. These people are more likely to experience distress and to judge their quality of life negatively.  If, on the other hand, the person has populated their self-esteem pie chart with lots of different elements (for example, their sense of humour; their ability at sport etc), with appearance occupying only a small segment, then that person is more likely to be resilient to the challenges of an unusual appearance (and also to many other hurdles they may encounter in life). 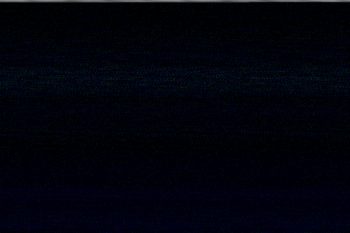 So, we have made some progress in understanding individual differences in adjustment to visible difference, but why don’t we know more?  The short answer is that these differences result from the combination of a myriad factors and processes  On the upside, this complexity makes us all unique. The bad news (for researchers at least) is that progress in understanding the detail is slow. Rather like trying to complete an enormous jigsaw made up of thousands of tiny pieces, some small clusters of the overall picture are now clear, but we are still a long way from completing the tantalising picture on the outside of the jigsaw box.

Researchers have very different ideas about the key variables in adjustment and use these different ideas to drive their own agendas for research. Many different methodologies and measures are used making it impossible to combine data sets from different studies. As a result, we are continuing to populate new, small areas of the jigsaw but less progress is being made with the inter-connections.  Researchers from The Centre for Appearance Research at UWE in Bristol are working hard to produce a framework of adjustment to appearance and a set of key measures, proposing these as a common currency amongst researchers in the field, but we are still in the foothills of persuading research communities across the world to join this effort.

The good news from a psychological point of view is that many of the factors that have already been identified as contributing to the wellbeing of people with visible differences are amenable to change.  For example, people predisposed to a pessimistic outlook on life can be helped to become more optimistic.  The challenge is how to make effective interventions available at scale – both within the health services and also as open access resources online.   Training packages designed to help health professionals and community workers to support people with visible differences have been developed, but we need to find ways to persuade those in charge of policy and practice to prioritise and fund the roll out of this training.  The biggest challenge is the societal one.  How can we bust the ‘beauty myths’ – the idea that a more ‘attractive’ appearance is the key to happiness, relationship and occupational success – and instead, promote positive attitudes towards diversity in appearance?  Achieving change at this level is complex, challenging and definitely not for the faint hearted.  To make progress, we all need to lean in and get involved.  Face Equality Week is a great place to start.