Daring to be different

Dr Amanda Bates, CPsychol, is a Patient Experience and Public Involvement Lead in the Centre for Health Services Studies at the University of Kent. She brings health researchers and service users together to enable patient involvement in the design and management of research using best practice principles of Patient and Public Involvement (PPI). Aside from these roles, Amanda conducts freelance training in disability equality, resilience and living with difference. As someone with a facial difference from birth, Amanda is also involved with the charities Changing Faces, The Cleft Lip and Palate Association (CLAPA) and Face Equality International and has carried out media work on behalf of all three organisations. Amanda sits on our Lived Experience Advisory Panel (LEAP).

Daring to be different

Despite numerous surgeries in my childhood and teenage years owing to a cleft lip and palate (and other differences), staring strangers and intrusive questions, I rarely spoke about my appearance and what it meant to me. Although I was okay with my reflection, I had put my appearance–my face–and therefore a significant part of who I was-in a box and locked the lid so tightly that opening it seemed an impossibility.

How I relate to my appearance has changed over time (flipped 180 degrees actually) but eventually I found my voice as a self-advocate, grew into my own skin and ultimately learned to like who I was, as a whole person.

As a child/teenager, I was seen as someone who generally coped well, was sociable and ‘lived’ life. It was presumed I’d accepted my difference. Far from it I’m afraid; it wasn’t until my early 20s that I started grappling with the issues.

Why did I separate my appearance from myself and my identity for so long? Well, difference was a taboo subject in my family. My Mum and I were busy protecting each other by not discussing it and my Dad founded the British stiff upper lip society. Therefore, I assumed people didn’t want me to talk about it as it was difficult for them.

Growing up, difference scared me as I assumed it was always a bleak, woeful experience, something to be avoided and certainly to never identify with. Multiple signs reinforced this; being bullied, rarely mixing with anyone who was different, media stereotypes, never seeing disabled people on television…the list goes on. When at times I was forced to face my difference (usually via bravery awards – well-meant but utterly mortifying) or by people telling me they would ‘throw themselves off a cliff’ if they were me, I saw it as a reluctant, unwanted challenge and would shake it off pronto.

A traumatic thread running through everything was surgery. Healthcare culture is mostly different now but growing up I had no say and felt I was on a treatment conveyor belt whereby surgeons were determined to ‘correct’ my appearance, regardless of my feelings. The many required ‘corrections’ surely meant my difference was far from desirable? Given everything, it’s unsurprising that to cope, I locked my face away so it was a separate entity to my being; I had no reason to see it positively, to embrace it as part of my identity, why would I?

The catalyst for change happened when pursuing a health psychology qualification. I deliberately chose a course that incorporated the topic of visible difference so at some level of consciousness I must have wanted to explore these issues, albeit in a ‘removed’ way via academia. Rather inevitably however, when suddenly immersed in a culture where it was acceptable and encouraged to talk and write about visible difference, I was no longer able to hide from myself. My ensuing emotional reactions were immensely powerful and cut deep. Letting go of the well-rehearsed, protective mechanism of projecting myself as someone who wasn’t different in any way, shape or form, was, for a time, catastrophic.

I felt isolated and on display, terrified I would be asked to talk about appearance issues. I started counting the number of times I was stared at. My difference, although always evident to others, was newly noticeable to me and I started to reflect upon my family and hospital experiences. A fuse had been furiously lit within me and I knew my perception of myself and my past was changing; I was powerless to stop it. I realised I couldn’t continue to separate myself from my difference–it was a significant part of my identity. I reached out for support from friends, family and professionals who all answered the call. 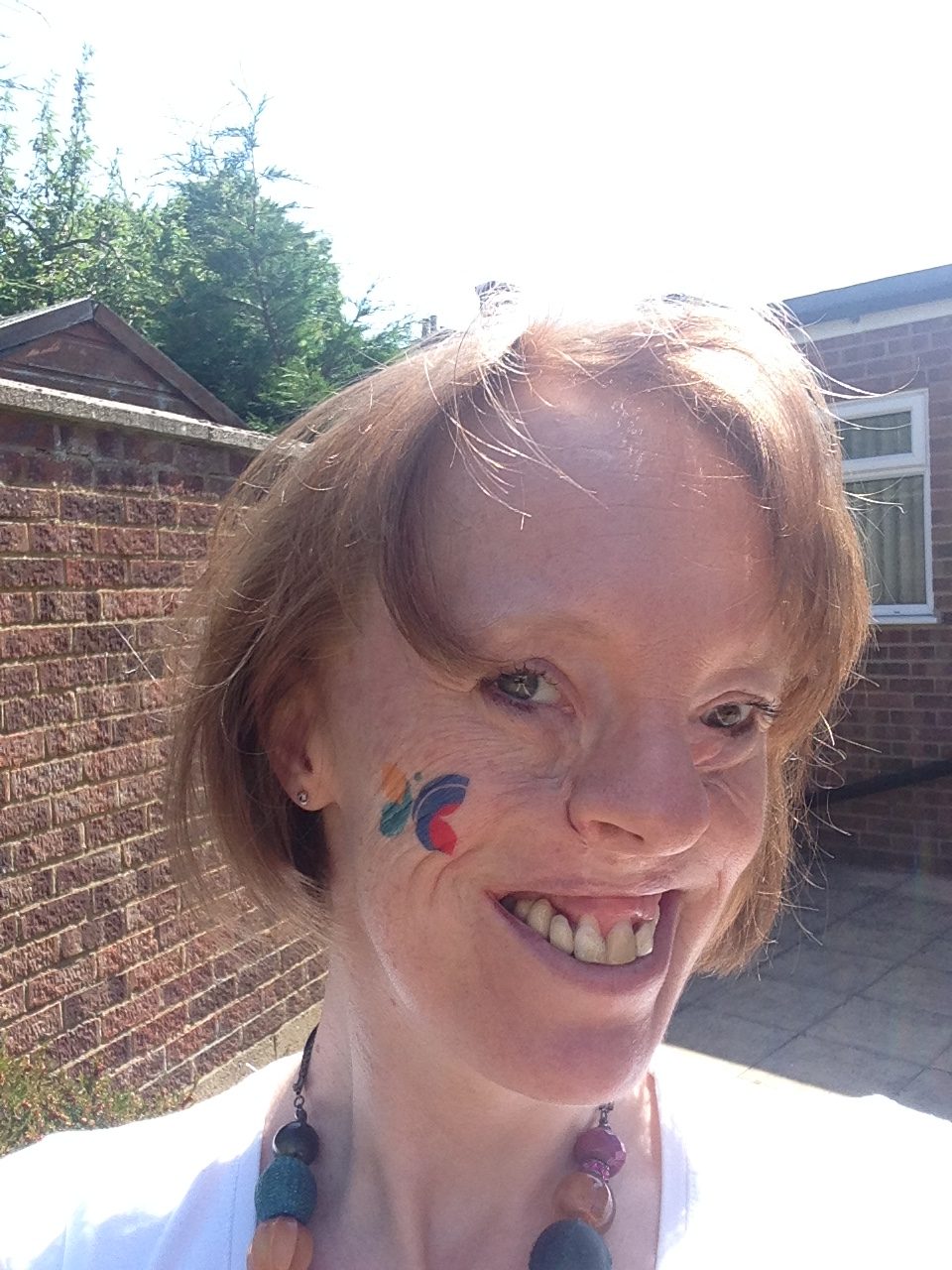 With time and support, I realised I wasn’t born knowing how to cope with looking different. None of us arrive with a handbook (if only!) and much less support was available when I was growing up compared to nowadays. I just lived my life; I didn’t question how and why I did things a certain way.

Talking with others gave me permission to explore my difference and related issues in a way that I hadn’t ever done. I gave myself permission to talk and to feel, too. In time, my experiences at last felt validated and understood. I started working for a disability rights organisation and volunteering for visible difference charities; these strands further enabled me to grow into my own skin, find my voice and explore societal views about difference.

Facing my past and processing all that had happened allowed me to embed my appearance and related experiences into my identity. It was a lengthy and difficult process, but a liberating, rewarding and ultimately empowering one. I stopped counting the number of times I was stared at and went on to deliver disability equality workshops and take part in media interviews about appearance diversity. Quite a journey…

How anyone deals with their difference is of course a personal issue and no-one should be forced to feel a certain way about it. I just chose a path that was ultimately right for me.

Difference is perfectly normal and should be respected as such. Not hidden, not dehumanised, not infantilised. Societal perceptions and images around difference have started to change, but there is still some way to go to achieve Face Equality. We all have a role to play to facilitate positive changes so people living with difference don’t feel they have to hide either all, or part of themselves, away.

Have open and honest conversations with friends and family about difference, embrace the normality of it. Start early, talk with children about it. Don’t cross the road or sweep the issues under the carpet, making difference awkward and shameful. Treat others as you would wish to be treated. Respect and value difference.

That’s enough from me, so over to you…what will you do to help bring about Face Equality?